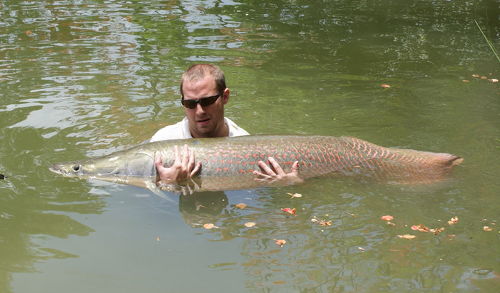 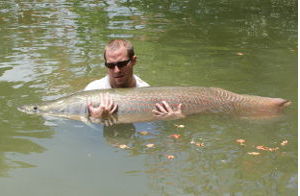 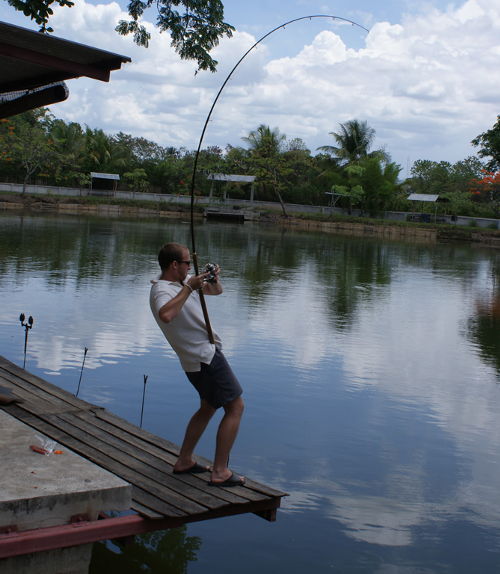 An hour or two pass and I am getting fidgety l have had only a few taps on the rods. I am trying hard to resist the temptation to recast every time I see a fish swirl or a few bubbles. Big Red (one of the lakes big arapaima) keeps swirling outside the bungalows a bit further down the lake. It’s about eleven o’clock now and believe me it is hot even in the shade. I decide it is time for a change as nothing has moved down my end for a while now, I collect my gear together and place cheap football jerseys it between bungalow number one and two really not sure which one to fish, until a big arapaima shows his head just off bungalow number one , that’s it sold!!!

<img title=”Peacock bass fishing in Thailand at Dreamlake fishing resort Chiang mai” alt=”Dutch Carper Mark Fekkes with a specien sized Peacock bass” src=”/wp-content/uploads/2015/01/news_09_bigred_2.jpg” border=”0″ />
As change is needed I choose lives baits, one on a float and one on the bottom. Watching the float keeps me busy now. Watching the float bob around as the small plaa nin (Tilapia) pulls the float all over the place as it panics. This is defiantly a lake where you wouldn’t want to be a small fish, with all those predators swimming around. I am now confident the float will disappear soon. But the arapaima is now topping outside bungalow number two, did I make the wrong choice again? Should I move again? No, keep working the float. This, I feel is my best bet. Float rod in hand trying to keep the line from bowing in the wind. I jump, with the split second of wandering what is happening; my hand is on the other rod the line screaming of the real.

I strike. Yes, it is on. I can see Reiner and a Thai friend, start walking straight away to come and help. But it does not feel that big. I nearly tell them not to bother. When; there it is. It is a huge arapaima!! But why is it not fighting? It breaches the surface and then realizes it is hooked. Now it is off stripping line. Wow, this beast is fast. The anti back wind on the real gives way the handles starts spinning I can’t stop this fish.

Eventually I succeed in turning the fish and working it back to the bungalow. It now swims right next to the bungalow with all three of us looking down on the monster with huge shoulders. Then the fish is off again I know there are snags where this beauty is going. All I can do is pray as it is doing what it wants today . It doesn’t find any and I finally feel the battle is won. With the fish near the bungalow I jump in and handle the fish in the water as these fish are known to be very fragile. I find it amazing that such a huge predator has such a small mouth. Unlike the big cats that I have had out of the Ebro this fish is beautiful. Several pictures later the fish of a life time is released back into the depths of the lake. 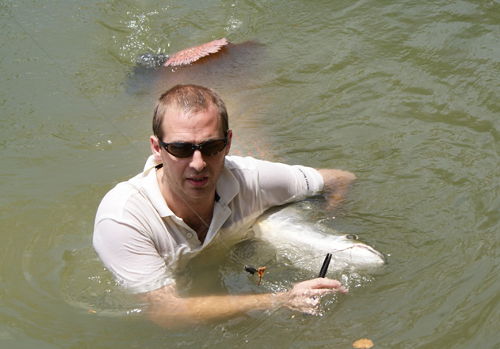 Handshakes and grins all round Reiner estimates the fish to be between forty five and fifty kilos. That!!!, I am more than happy with!!! I think it is a new lake record. Today there is no point in fishing any more so it is time to buy the beers.
Cheers to Dream Lake
Simon Bradshaw