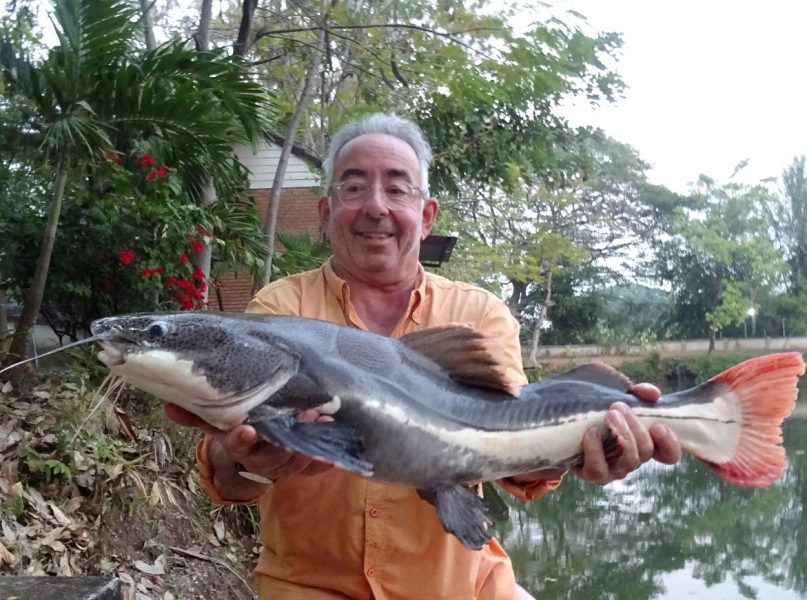 Dreamlake fishing resort catches can be really slow in January due to the cold nighttime temperatures in the winter season. This year our guests being quite lucky. The weather was relatively mild with just a few nights being 10-12 degree Celsius. Best time was usually 9-12am and 3-10pm.

Fishing for carp species was a bit slow but a few good sized Siamese carp and Rohu were caught by our customers. Fishing for predators was more productive and a good number of Redtail catfish in a decent size were caught. Here are some pictures and details below about the catches by some of our customers:

The Father and son anglers from USA checked-in at Dream Lake fishing resort for two nights. After a real cold night (12 °C) I expected that the fishing would be really slow, but surprisingly the fish were quite active and hungry. Simon managed to catch 2 Striped Catfish in medium size and a beautiful Rohu in specimen size on bread. Mark hooked into a good sized ‘Siamese Carp’ at lunchtime. The fish was safely unhooked and released in the water. Another successful session on the 2nd day for Mark and his son Simon.
OK they lost three fish but Mark caught a nice Striped Catfish, an Alligator Gar in decent size and a small Tambaqui. Simon managed to catch one of our rare Wallago well done….cheers!

Paul stayed at Dream lake fishing resort for one night. Shortly after arrival in the morning he lost two fish. In the afternoon he hooked into a really huge fish but unfortunately the hook pulled out after an epic fight of nearly 45 minutes.😳
Finally he managed to catch a bunch of small Redtail catfish and Tambaqui in the evening.

Jacky from France checked in for one night. Unfortunately he lost a massive Pacu right in front of the landing net. He hooked into something big on the carp rod but the fish snapped the hook-link. However he managed to catch two beautiful Redtail catfish in decent size using chicken heart as bait. Also a small Redtail catfish in the late afternoon on bread. 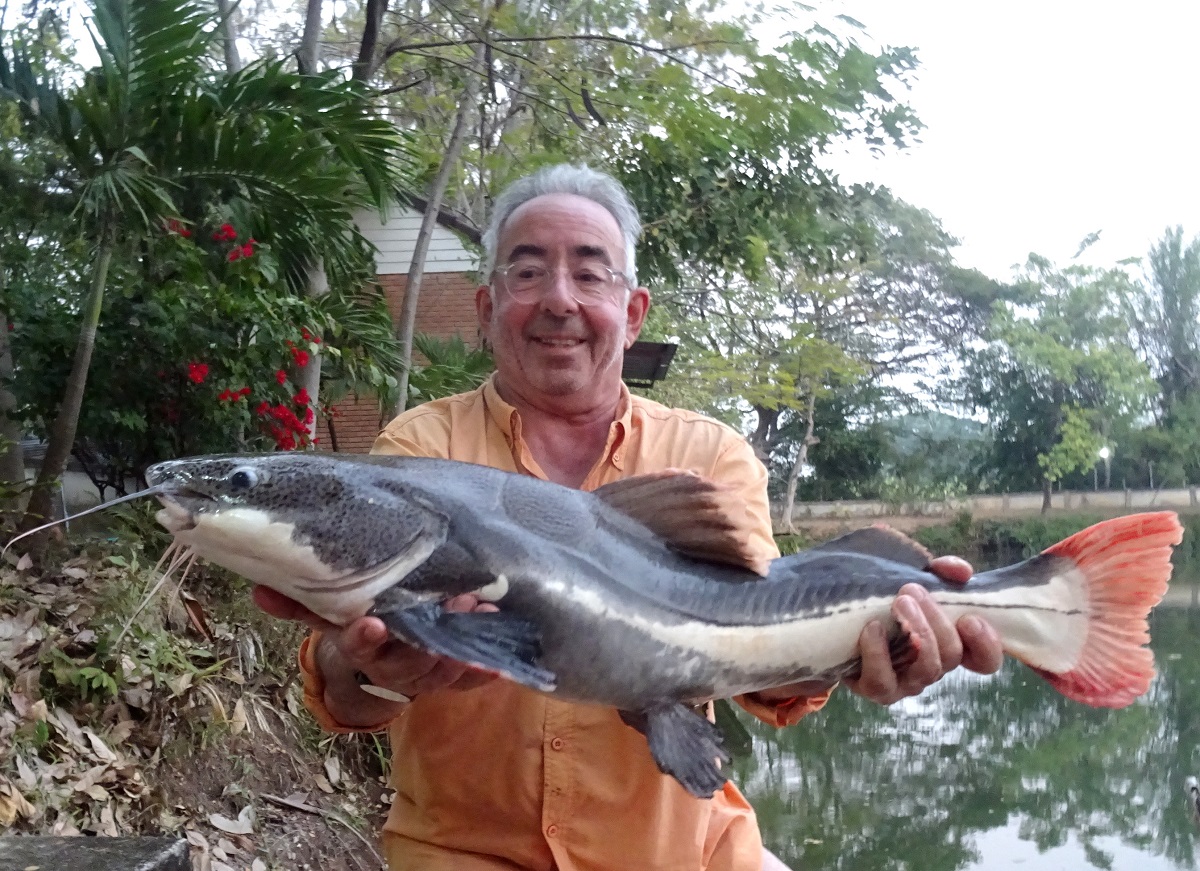 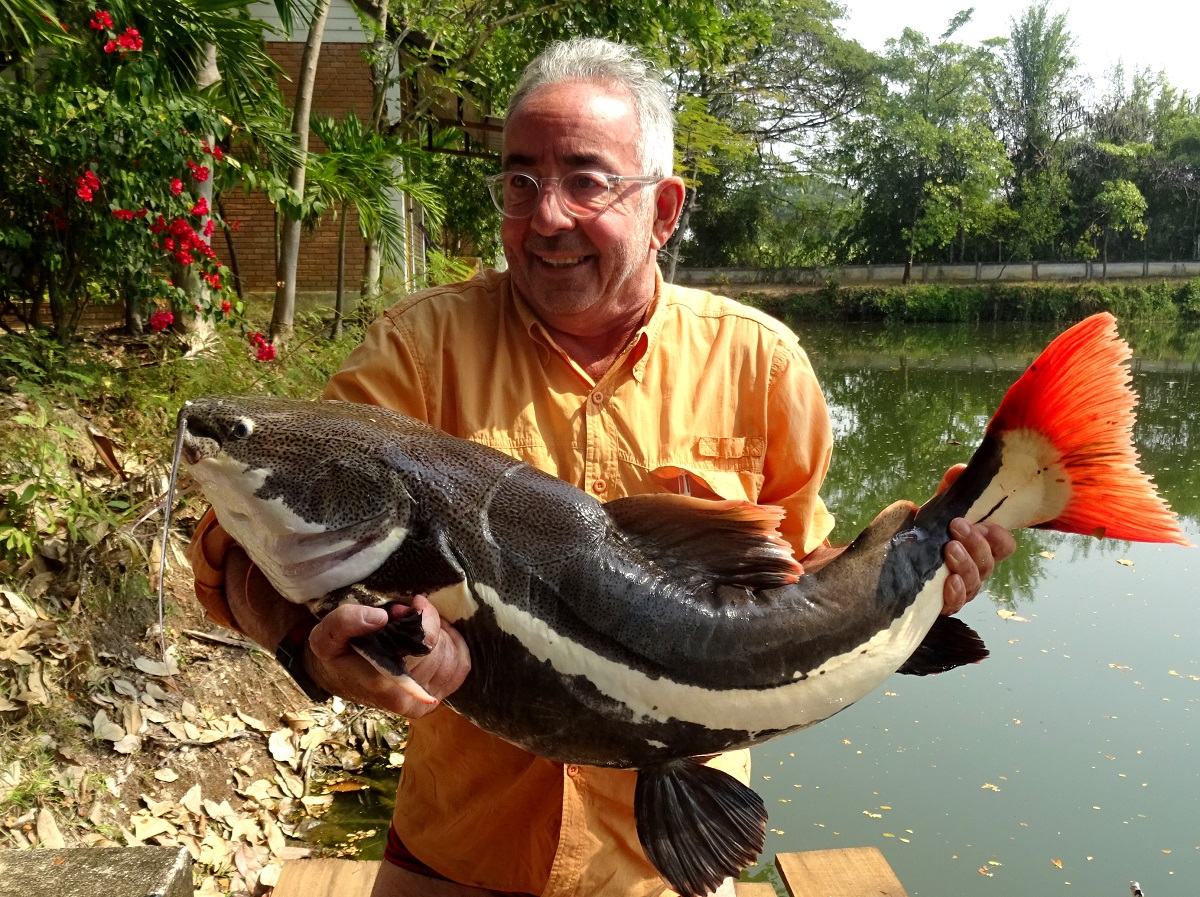 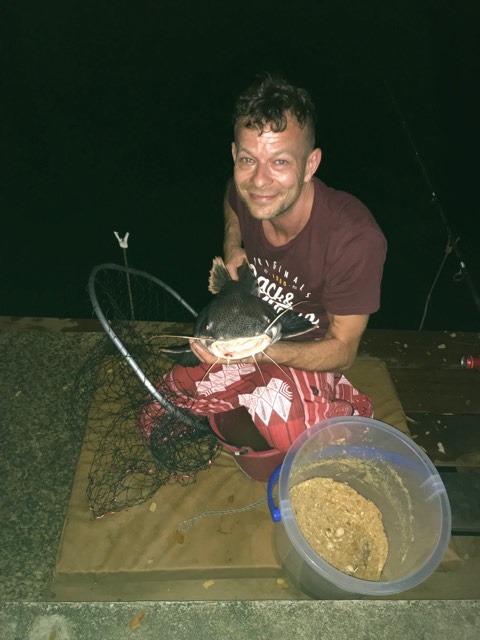 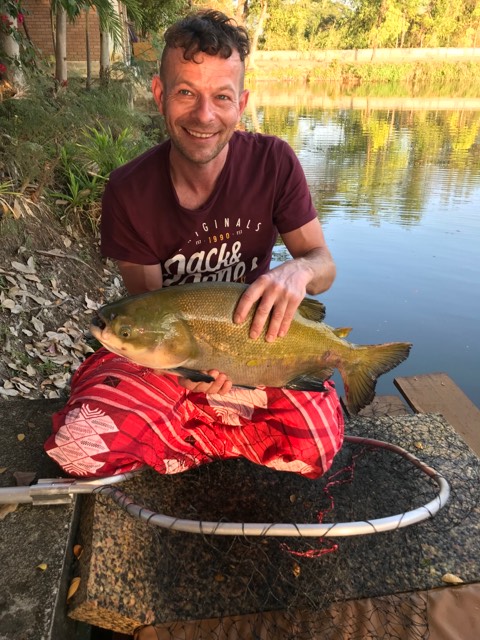 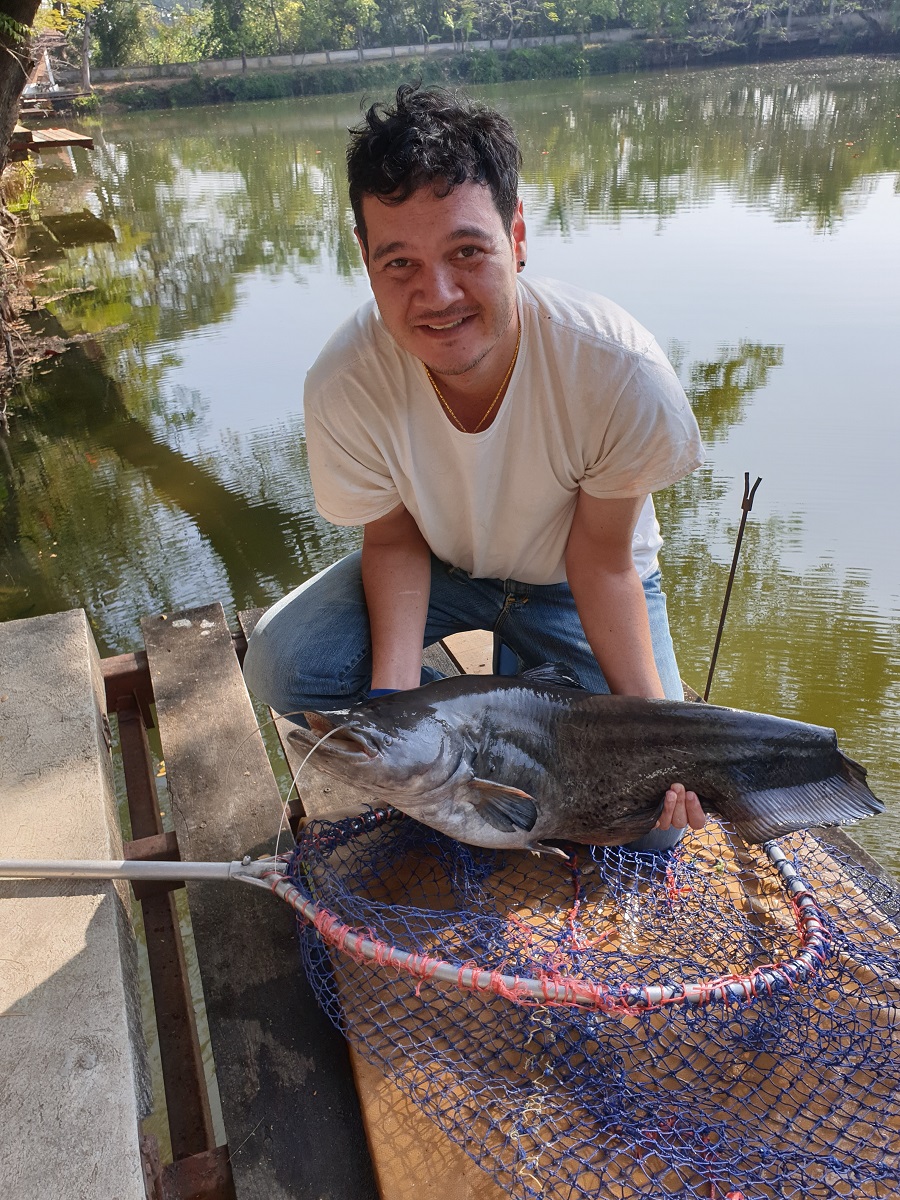 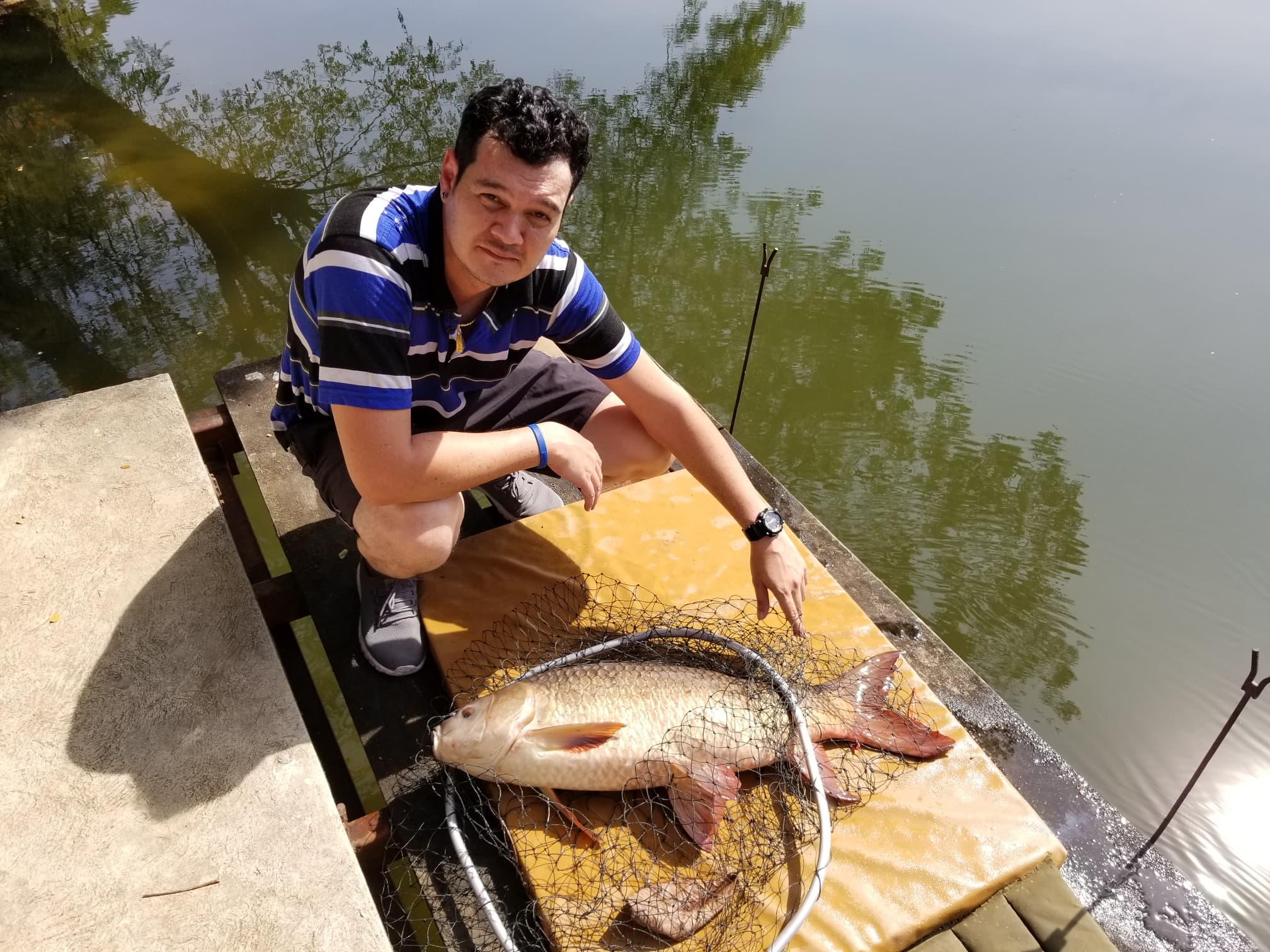 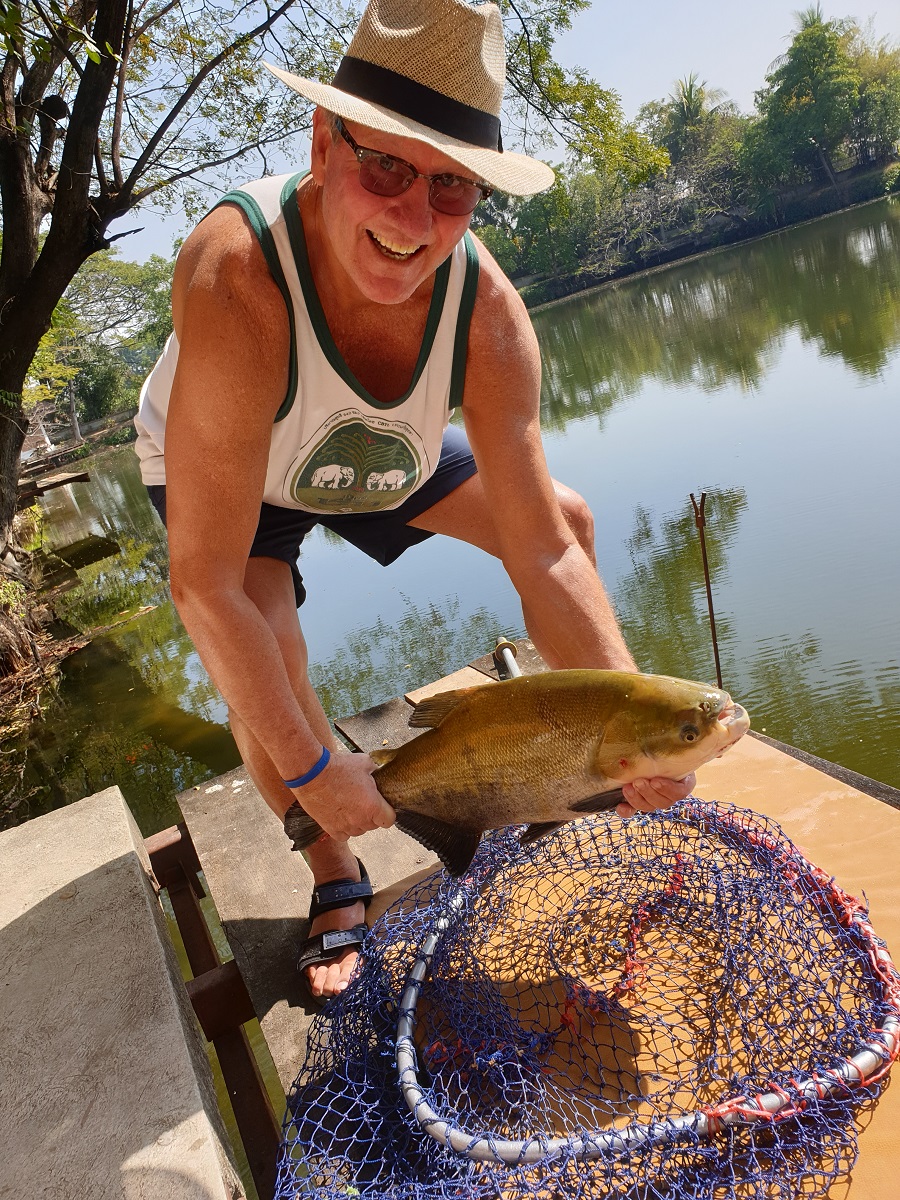 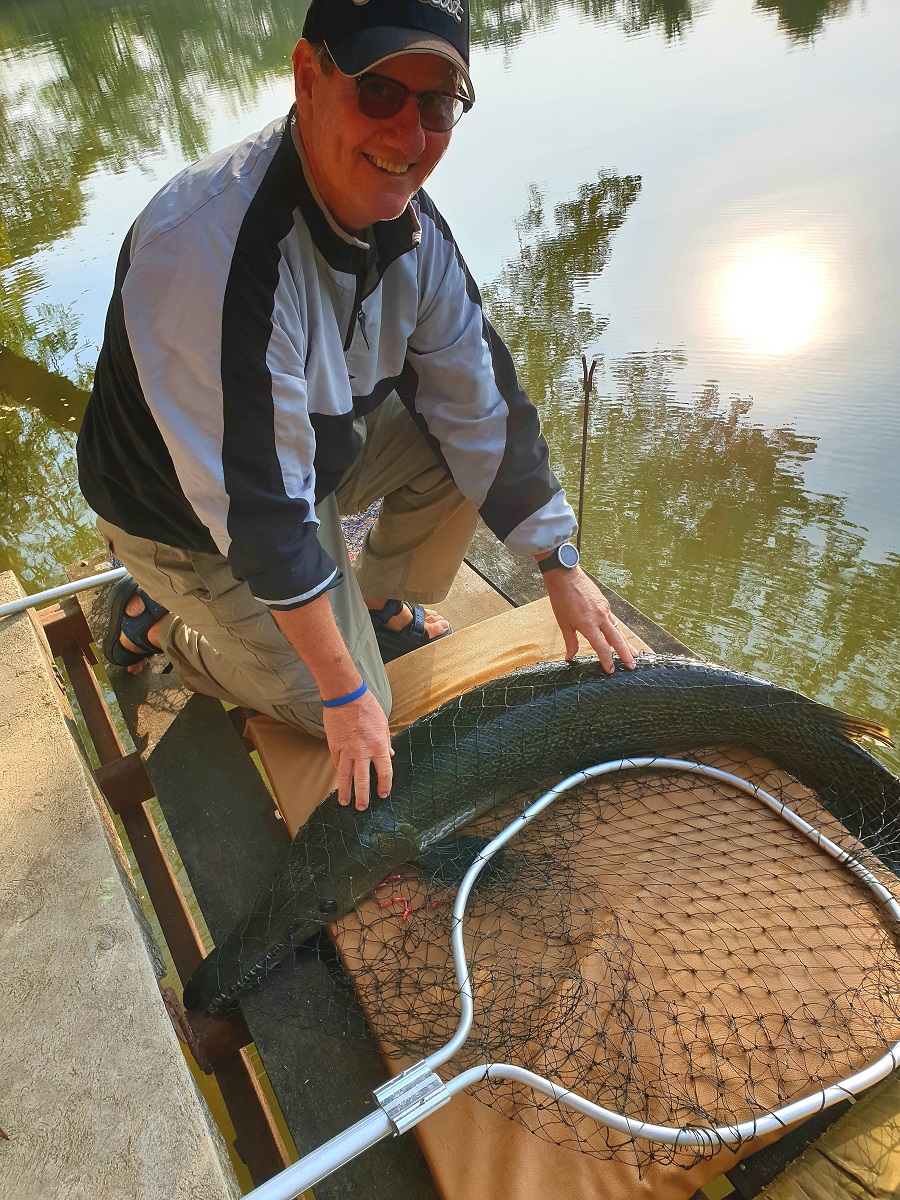 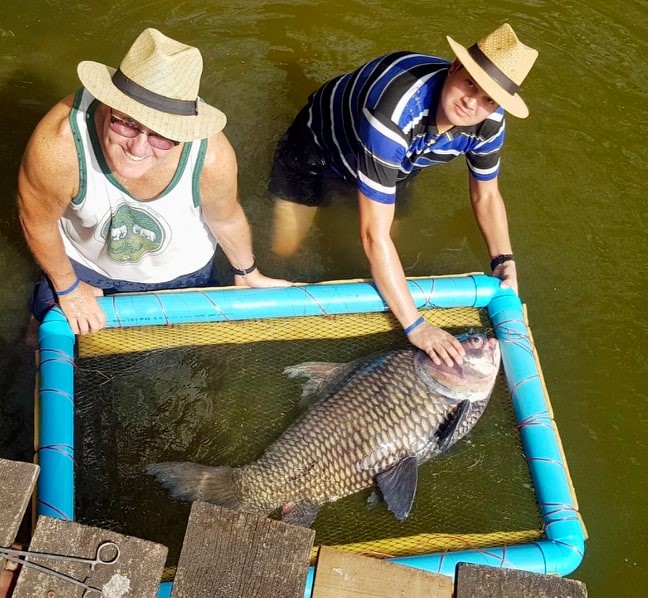 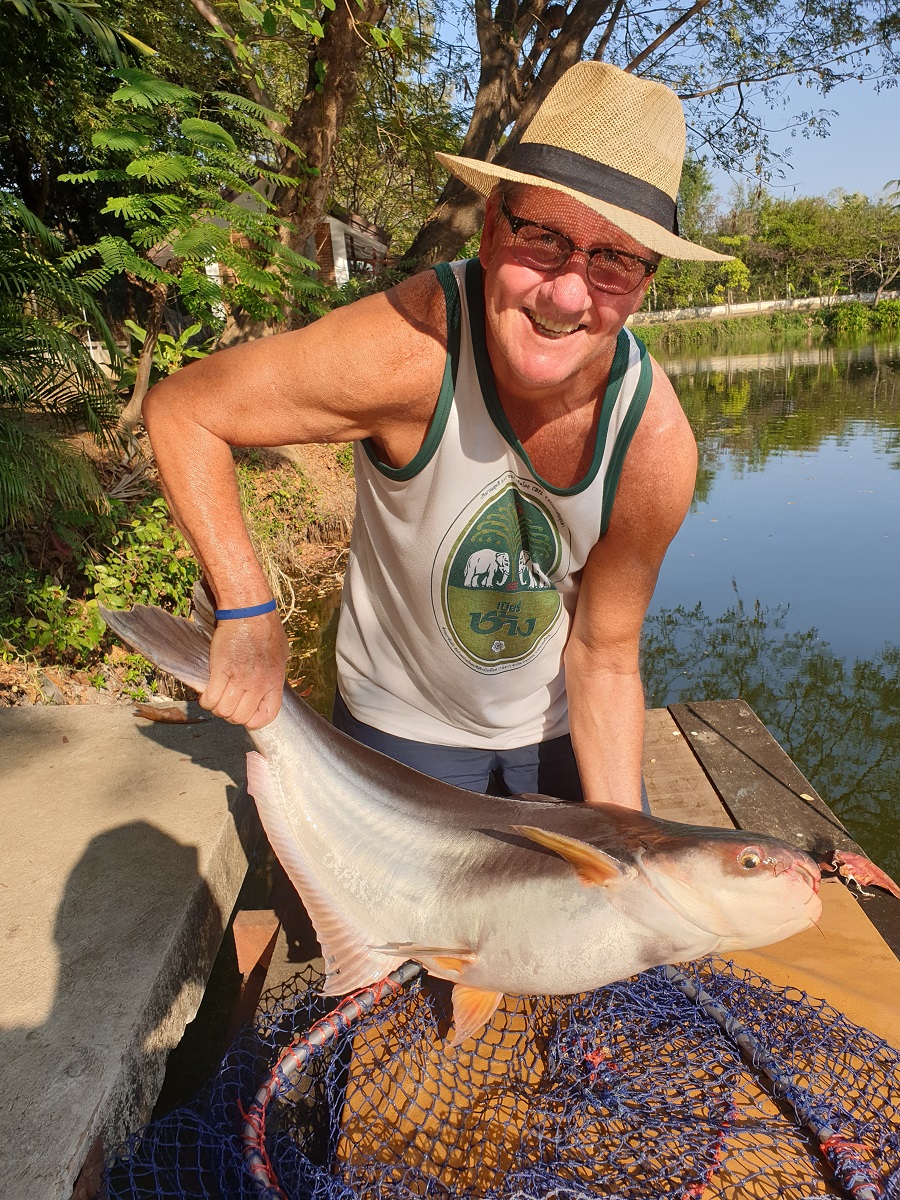